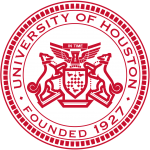 Appointed Special Commissioner by the Hon. Judge George Barnstone at Harris County Court at law no. 1.

Appointed Special Commissioner by the Hon. Judge LaShawn A. Williams at Harris County Court at law no. 3.

Appointed Special Commissioner by the Hon. Judge Lesley Briones at Harris County Court at Law no. 4.

Driven, energetic, and always there to listen to clients, Gagan Khan takes pride in providing dedicated representation to each client.

Gagan Khan incorporates her expertise in finance and accounting in her legal practice. She has a bachelor’s degree in Finance from University of Houston and she is eligible to take the Certified Public Accountancy (CPA). Gagan received her law degree from Southwestern Law School in California. Gagan is also one of the few attorneys in the country to be licensed to practice law in both Texas and California.

Since 2017 to present Gagan has been an instructor at the prestigious University of Houston Law Center – Consumer Law Clinic.

In 2019 Gagan won the Houston’s Top Lawyer award by the Houstonia Magazine. In 2020 Gagan was nominated for Houston Business Journal’s Top 40 Under 40 award.

As an advocate, Gagan Khan takes every step to fight for the client’s rights.